Will Legalizing Marijuana Cause an Increase in Car Accidents in Southern California? 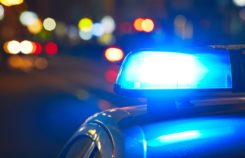 After the vote to legalize recreational marijuana in California, many are asking whether legalization will lead to increased use and car accidents caused by driving while impaired (DUI).

We might look to Washington State, which legalized recreational marijuana in December 2012, for some clues about the effects of the change of law. The AAA Foundation for Traffic Safety said that fatal crashes involving drivers who had recently used marijuana doubled in Washington after the state legalized the drug.

It is hard to see how the results in California will be appreciably different. Accidents caused by driving under the influence are likely to increase, as are arrests based on driving while impaired by marijuana.

The Impact of Legalized Marijuana on Southern California Roads

California voters' approval of Proposition 64 makes our state the most populous state in the nation to legalize marijuana. The measure allows adults 21 years old or older to possess and use marijuana for recreational purposes.

Voters in Massachusetts and Nevada also backed legalization for recreational use of marijuana, while voters in Arizona rejected a similar proposal.

The wording of Proposition 64 does not specify the implementation of the law, but rules in place for medical marijuana, approved in 1996, should make it the transition uncomplicated.

Legalizing the recreational use of marijuana in California means that those who choose to use marijuana will need to exercise responsible judgment about when it is appropriate, just as people who consume alcohol should. Anyone who drives while impaired by marijuana and causes an accident may be arrested and held accountable, just as drunk drivers may face criminal penalties for causing a serious accident.

Prior to the California vote, Doug Villars, president of the California Association of Highway Patrolmen, expressed grave concern for the impact of legalization of marijuana on the number of car accidents.

“In the state of California we are going to start losing folks in astronomical numbers before we finally realize maybe we didn't look at it thoroughly enough,” Villars told the Los Angeles Times.

From 2010 to 2014, 10 percent of drivers involved in fatal crashes in Washington had detectable THC (the active ingredient in marijuana) in their blood at the time of the crash, the AAA Foundation said in a factsheet accompanying the study. (Find the full study here.)

“Analysis of trends over time before and after Initiative 502 (the vote to legalize pot) took effect indicates that the proportion of drivers positive for THC was generally flat before Initiative 502, but began increasing significantly approximately nine months after the effective date of Initiative 502,” AAA said.

Previous studies have come to the same conclusion.

The Andrade Law Offices can help you if you or a loved one has been injured in a DUI car accident caused by marijuana use in Santa Barbara or anywhere in Southern California. Call for a free consultation today.